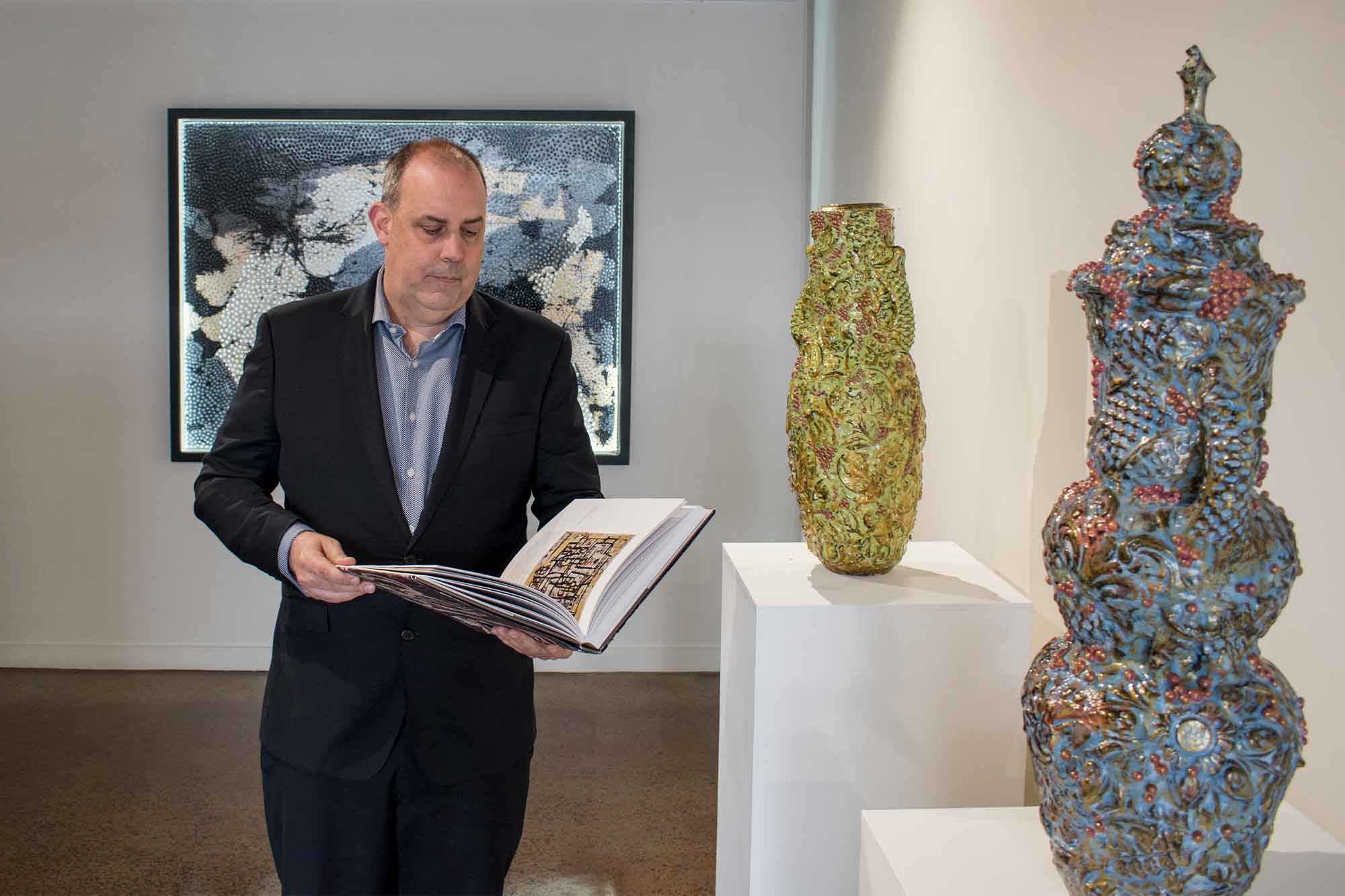 Michael Fox is  the Principal of Michael Fox Arts Accountant & Valuer and the Director of Fox Galleries. He is a certified accountant, fine art valuer and art collector. He holds a Master of Tax from the Melbourne Law School, University of Melbourne. Fox is a member of the Auctioneers and Valuers Association of Australia AVAA and is a Fellow of the Institute of Public Accountants.

Since the 1990s Michael has worked with artists and creative industry professionals to manage their tax affairs utilising his specialised knowledge in business taxation, GST, cultural gifts, income averaging and more. In 2006 Fox established and ran the Queensland division of the national startup Joel Fine Art until its sale to the international auction house Bonhams in 2008. At Joel Fine Art Fox sourced and sold important artworks including Ancestors at Milmilingkan by John Marwundjul, which set a record as the highest sale price for an Aboriginal bark painting. He also worked with the Charles Blackman Trust to present a sold out private treaty exhibition of works from the artist’s studio spanning 40 years.

In 2009 Fox established Michael Fox Arts Accountant & Valuer when he relocated to Melbourne to provide accountancy and art market advisory services to select clients. In 2010 Michael was the campaign manager for the successful Save Super Art campaign that prevented the proposed ban on artwork investment by super funds. He completed his Master in Tax from 2012 to 2015. In 2015 Fox co-founded Outlaw Gallery along with Barry Tate in Warrnambool, which provides art therapy classes for the disabled community of Western Victoria.

In 2016 Fox re-established Fox Galleries. In 2020 he established an office in Hobart. He relocated his Melbourne practice and the gallery exhibition spaces to 63-67 Wellington Street, Collingwood in 2020, thus realising his vision of unifying a professional practice with an art gallery at the same location.